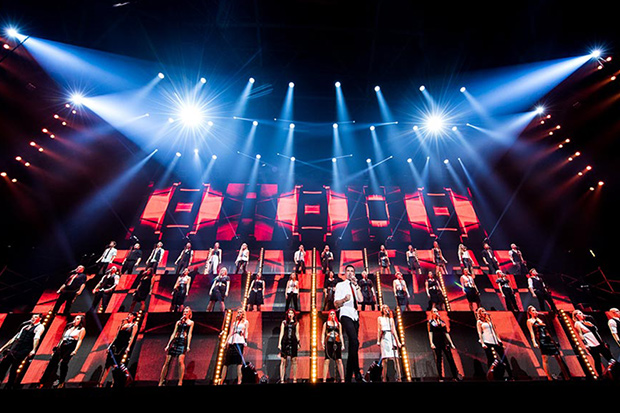 Perpetuum Jazzile Perpetuum Jazzile is a Slovenian musical group best known for a cappella version of Toto rock band's song Africa. The showing a live performance of this version has received more than 22 million views on YouTube. The group was founded in 1983 as Gaudeamus Chamber Choir : currently, there are 41 performers of whom 24 are female and 17 male.

In 2011 Toto invited the group for a joint performance at a Udine concert and then the choir embarked on a world tour which took them to Croazia, Czech Republic, Germany, Canada and United States. Every year in autumn, the group performs Vokal Xtravaganzza evening concerts at the Cankar Hall of Lubiana, with guests from Slovenia and abroad.

In 2015 Slovenian duo Maraaya who represented Slovenia at the Eurovision Song Contest 2015 with the song Here for You, released a video of this song featuring Perpetuum Jazzile. The group also performed at the Expo 2015 in Milan and in China, with the main concert at the Guangzhou Opera House.